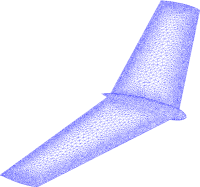 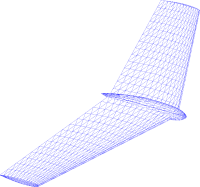 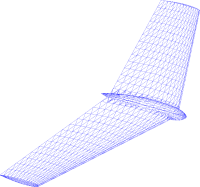 For most users and purposes, the intersected component wireframe approach will be the best way to use Cart3D with VSP. It is easy to set up, it is fast, it is robust, and the curvature aligned triangles provide good solutions without unreasonable mesh sizes. Because of the nature of Cartesian unstructured codes, the poor quality triangles are not an issue for Cart3D solutions. Although fine-tuned local control of mesh resolution is not possible, VSP provides resolution controls which should be adequate for most purposes; even if they result in a few more surface triangles than absolutely required.