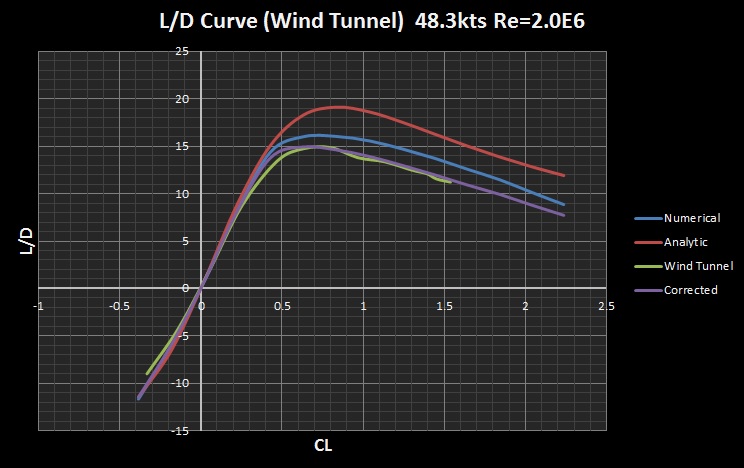 The workbook was developed at NASA LaRC by utilizing both equation based and software based drag inputs to compare to actual flight data of aircraft. The methods involved allow for models to be analyzed for performance and efficiency using low-order CFD programs and parametric geometry tools such as OpenVSP and VSPAERO with a fair amount of ease and accuracy. Keep in mind that this tool is only to be used for rough analysis and is in no way a substitute for real flight data. NASA is not responsible for inaccurate estimates leading to user costs.

This workbook is designed to operate in cooperation with other drag buildup software, namely XFOIL, openVSP, and VSPAERO. All of these programs may be found online at no cost to you. Additionally, it is recommended that you obtain a copy of the Pilot's Operating Handbook (POH), electronic or otherwise, so that the correct aircraft characteristics may be obtained for analysis. These manuals may be obtained from the manufacturer or online (if available).

Each section of the workbook is used for building a component of the drag coefficient. This guide will discuss the relevance of each component and how to successfully enter and retrieve information from each section.

Much of the need for re-entry of data has been mitigated by linking sections to relevant data. However, in the event that data must be entered separately from another section, you will be prompted to do so in this guide and in the section itself.

Finally, while this workbook has been designed to provide as accurate a result as is possible from low-order CFD software, keep in mind that small changes in vehicle geometry can sometimes result in drastic changes in the outcome. It is vitally important that the model used for analysis is as accurate as possible to mitigate these errors. Also note that any changes to the equations or references used in this workbook will vastly alter the behavior of the results. This workbook is a macro enabled spreadsheet. If you do not enable the macros, the equations and functions in the workbook will not operate correctly.

This tool was developed by Brandon Litherland (UIUC, NASA Pathways, LaRC Aeronautics Systems Analysis Branch), Kinsey Rieth (Georgia Tech, NASA LARSS), and Michael Patterson (Georgia Tech, PhD Candidate and NASA Aeronautics Scholar) under the leadership of Mark Moore (NASA LaRC ASAB). Any questions or concerns regarding the operation of this workbook may be directed to Mark at mark.d.moore@nasa.gov.

Verification buildup files for different aircraft can be found on the Drag Verification Builds page.

Compressed files of the Workbook are available as: 7zip Zip file
If you do not already have a compressed file extraction software, 7zip is available for free download at: www.7zip.org.

This section is used for determining the majority of input values for the vehicle. XFOIL and VSPAERO will specifically ask for Mach and Reynolds numbers as well as aircraft geometry. Here is where the POH is the most useful. Knowing the correct values for each flight condition will increase the accuracy of the results. You will also need to have power curves for the aircraft in order to accurately model the Thrust and Power coefficients for VSPAERO actuator discs unless the specific power required is listed in the POH. See the VSPAERO user guide for more information.

User input cells are shaded GREEN. The results computed by the worksheet are determined using standard atmospheric conditions. If you would like to find the values based on a different flight condition than standard, input the pressure altitude into the Altitude cell.

Altitude and Vel are of primary concern to most of the software used for the workbook. This will also serve as a reality check for later if you seem to be getting strange results. Always verify that your flight condition is correct for the scenario that you are analyzing otherwise you may obtain overly optimistic results.

The parasite drag section uses flight conditions and aircraft geometry to determine the parasitic component of drag from each section of the aircraft individually. OpenVSP is used to write a .tsv drag buildup file (from Geom → CompGeom → select .tsv drag build) which can then be copied and pasted into the aircraft geometry section of this tab. When you place this information into the tab, you MUST check that the cells totaling the wetted area, ref length, t/c avg, length/diam are summing the correct cells below in the aircraft geometry! Failure to correctly sum these values will have a dramatic effect on the parasitic drag coefficients.

Input the Altitude, Velocity, Wing Area (Ref Area), and Mean Chord Length as well as propeller information (if scrubbing drag is to be considered) into the green cells.

If the interference factor is known, input the value into the associated cell. Otherwise, leave it set at the default of 1.

If the percent laminar flow is known, input the value into the associated cell. Otherwise, set the value to zero for trailing components such as stabilizers, 0.05 for the wings, and 0.10 for the fuselage.

Propeller scrubbing may be activated or deactivated by entering “yes” or “no” in the associated cell.

Excrescence multipliers are applied to each component based on the roughness of the component. The fuselage will have the highest of these considering hatches, antennae, and rivets. Other components can be adjusted according to the aircraft specifications. If these values are not known, the fuselage is generally considered to have a multiplier of 1.3. Other components have a multiplier of 1.05 unless the component has few moving parts or is small, then set the value to 1.

At the bottom of each parasite drag buildup section, you will find the values for Total Clean (no excrescence) CD, Total Excrescence CD (for use in the drag buildup), and Total Flat Plate drag. The worksheets that reference these numbers should call them automatically but please verify that there is agreement before proceeding with the build.

The profile CD worksheet uses XFOIL data to model the profile drag from non-laminar flow and separated flow based on a 2D airfoil .dat file. Many of these files may be found at the University of Illinois (UIUC) airfoil database website. A guide in the use of XFOIL for obtaining the profile drag data is at the XFOIL Tutorial page. It is important to note that XFOIL uses coordinate files that are two column X and Y values while openVSP will sometimes only accept a general .csv format. For accuracy, ensure that the airfoil used in XFOIL matches the one used in the model. NOTE: If the XFOIL software seems to repeatedly change the airfoil characteristics when you increase the resolution, there is probably a problem with the airfoil file format. Another airfoil database contains many of the same airfoils as UIUC but seems to write them in a format that XFOIL accepts more readily. If you are having problems with XFOIL, try finding the .dat file at: Airfoil Database Search

Of primary concern is the CDp value in the XFOIL polar. This value is corrected for wing geometry and then input into the drag polar build. While XFOIL will accept both lift coefficient and angle of attack as inputs for analysis, you must be careful to match the flight conditions to the accepted values in XFOIL (i.e. if you are analyzing a range of speeds, don’t forget to change the Mach and Reynolds numbers each time you compute).

The CDP values can be directly copied and pasted into the drag polar or may be referenced from the drag polar worksheet to ensure data continuity if it is necessary to change the values. Note that XFOIL will model a stall condition. If the angle of attack becomes too high or speeds become too slow, XFOIL will fail to converge indicating that the wing is at a stall condition. This is important to see due to the fact that VSPAERO (a vortex lattice code) will not model non-laminar conditions and will provide CL values to infinity. XFOIL is a great tool in determining what the maximum lift coefficient should be for a given flight condition.

The cooling CD worksheet is a thermodynamic approach to modeling the cooling drag of the aircraft. While this method has its merits, it is generally inaccurate to real engine performance and should be used with suspicion. It is generally acceptable to set the cooling drag to 6% of total parasite drag for cruise conditions and 12% for climb.

The VSPAERO data will be copied and pasted from the History file into each cell based on the computation previously run by VSPAERO. Unless the next iteration is kept under a different file name (very tedious) the program will overwrite the History file each time it runs a data set. It is therefore very important to transfer the data to this worksheet prior to the next data run!

The efficiency corrected CD values are the total sum of all drag components with the induced drag corrected for assumed wing efficiency. Normally this is e=0.8. Note that this is only a correction to apply a realistic trend of induced drag versus angle of attack and may become inaccurate with complex geometries. That being said, the application of this correction has shown data for several aircraft to match wind tunnel data therefore it is recommended to apply the correction as a conservative estimate of aircraft performance.

The format of the tables in this section may be altered to meet your goals. The columns have been formatted to provide speed and density values to be input into VSPAERO but can be set to calculate other desired values as well. Plots of various flight data can be found below the drag polar input tables.

The “CD0 vs Vel”, “CDi vs Vel”, and “Comparisons” tabs are drag comparison sections specifically designed to be used as a drag versus velocity profiles. If you only want these values, the pages are designed to provide you with all of the input values for each program used to determine CD. Also, you are able to input the altitude, weight, and geometry of the aircraft and predetermine the lift coefficients needed for steady flight. Note that these pages are used for steady flight and not to be used for stress loading analysis unless specifically modified to provide the correct CL for the acceleration of the aircraft.

While this method is cumbersome, as you must enter the values computed by the worksheet for each data run and input the Reynolds affected numbers (if you like) for parasite drag individually, the data presented will be more meaningful in concept aircraft design as it will show the drag and lift values as forces instead of coefficients. This is helpful in determining the behavior of the aircraft at different cruise conditions and weights.